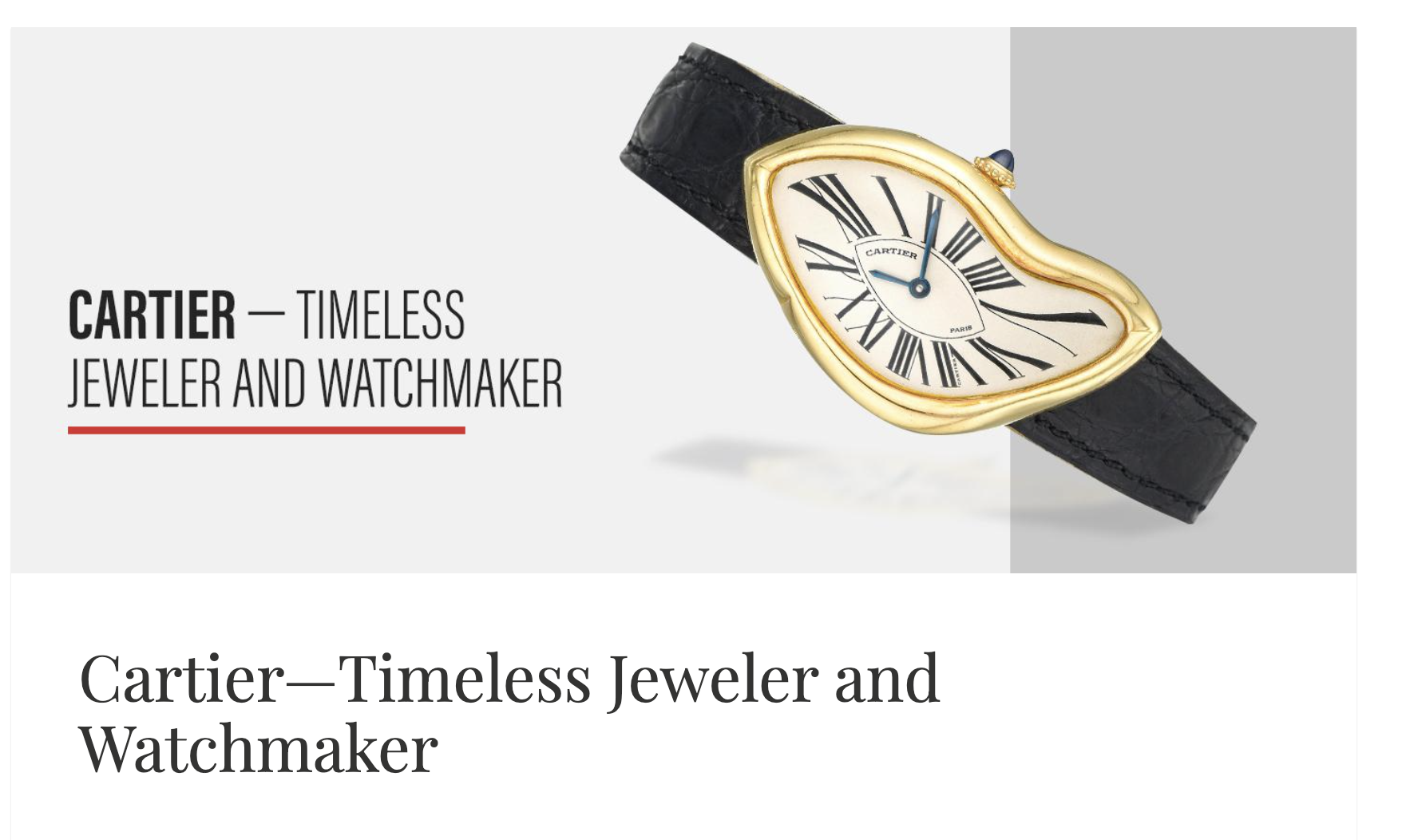 The Origin of the Cartier Crash

Surrealism is an artistic movement that has significantly impacted literature, painting, film, photography and sculpture. However, the aspects of the surrealism movement have also shown up in fashion. The surrealism movement began in 1917 with Georgio de Chirico’s paintings, but it’s most famous for Salvador Dali’s unique work. Many people immediately recognize Dali’s 1931 painting, The Persistence of Memory, and its abstract portrayal of melting clocks.

The Cartier Crash watch, designed by Jean-Jacques Cartier in the late 1960s, closely resembles Dali’s famous melting clocks, with a distorted, oblong shape. Many people believe Dali’s painting inspired the watch. However, Cartier did not intentionally design the Cartier Crash based on Dali’s paintings. This abstract piece of jewelry has a slightly different history.

Where Did It Originate?

Louis-Francois Cartier founded the Cartier brand in Paris in 1847. His sons Louis, Pierre and Jacques continued the business in Paris, New York and London during the 20th century, eventually dominating international watch and jewelry design.

The Cartier Crash watch originated in Jean-Jacques Cartier’s boutique on London’s Bond Street, which remains the company’s flagship location. When the Cartier Crash debuted in 1967, Cartier produced it in limited quantities. Two different stories about the design’s inspiration have circulated since then, but both versions involve a blazing car accident.

One rumor about the jewelry’s origin is that an elderly woman brought a watch to the boutique for repair after the heat from a car accident deformed its dial and case. Another version speculates that Cartier designed the watch in memory of a Cartier executive who died in a car crash while wearing a Cartier Baignoire Allongée watch. As with the other story, heat from the car crash distorted the watch.

Aside from these speculations about the watch’s beginning, some people believe Dali’s paintings inspired the design. Its deformed shape closely resembles the iconic melted clocks. Despite all the theories about the watch’s design inspiration, the truth may be less exciting. Cartier’s granddaughter, Francesca Cartier Brickell, claims that Cartier’s inspiration for the design originated from his idea to pinch the ends of the oval shape to adapt it into something new.

Who Owned the Cartier Crash?

Many well-known celebrities have owned the Cartier Crash. Famous people such as Kanye West, Mary Quant, Stewart Granger, Tommy Nutter and Tyler, the Creator have worn the watch. In 2021, Jay-Z wore the 2015 update of the Cartier Crash, which is a skeletonized version in titanium that displays the watch’s inner gears. Celebrity attention increases the jewelry’s price and demand, making it much more challenging for collectors to obtain.

Why Is It So Special?

The Cartier Crash is so unique because of its abstract design. The watch’s asymmetric shape symbolizes creative freedom and non-conformism. In a way, its distorted design is a form of rebellion against the standard watch designs people were used to. It boldly defies expectations and doesn’t reflect any decade’s stylistic features, making it stand out with a timelessness other watches can’t compare to.

The famous distorted case posed a challenge for Jaeger LeCoultre, who produced the manual movement of the Roman numeral dial. The watch has an intricate, complex movement custom-made to operate within its unique shape. It also has custom-printed Roman numerals that give the illusion of melting.

The Cartier Crash also stands out because of its scarcity. Cartier only released a handful of the 1967 design. In 1991, Cartier Paris released a smaller, updated version of the watch and only produced 200 pieces. In 1993, they updated and rereleased it to celebrate the rue de la Paix store’s opening. However, this time it was in yellow gold, and only 13 pieces were available.

The watch’s engineering and inner workings make the Cartier Crash one of a kind. Engineers had to solve the challenge of fitting tiny gears into a distorted case. This accomplishment established the Cartier brand as a leader in watchmaking. The watches were rare not for marketing purposes but because of the work it took to produce them.

Where Is It Today?

In the past, only a tiny fraction of collectors sought the Cartier Crash, but today, it is much more popular. Original designs are selling at much higher prices, and updated ones are challenging to find due to increased attention and high demand. In December 2019, FORTUNA® auctioned the Cartier Crash for $81,250, surpassing its $50,000 estimate.

Sell or Buy Cartier at an Upcoming FORTUNA®!

The Cartier Crash’s limited release, combined with its timeless design, has made it a high-demand collector’s item. To avoid misleading jewelers or pawn shops, sellers should opt to work with a premier, specialty auction house they can trust.

At FORTUNA, we help sellers understand the value of their pieces based on cut, origin, age, clarity and gemstone color grades. We offer free, unbiased and professional valuation for sellers in person and remotely. Buyers can bid confidently, knowing that our specialists thoroughly inspect pieces before listing them for auction.

Options such as live bids over the phone, absentee bids, online bids and bids through our app allow buyers to participate from anywhere in the world. Contact us to buy or sell a timeless Cartier Crash watch.