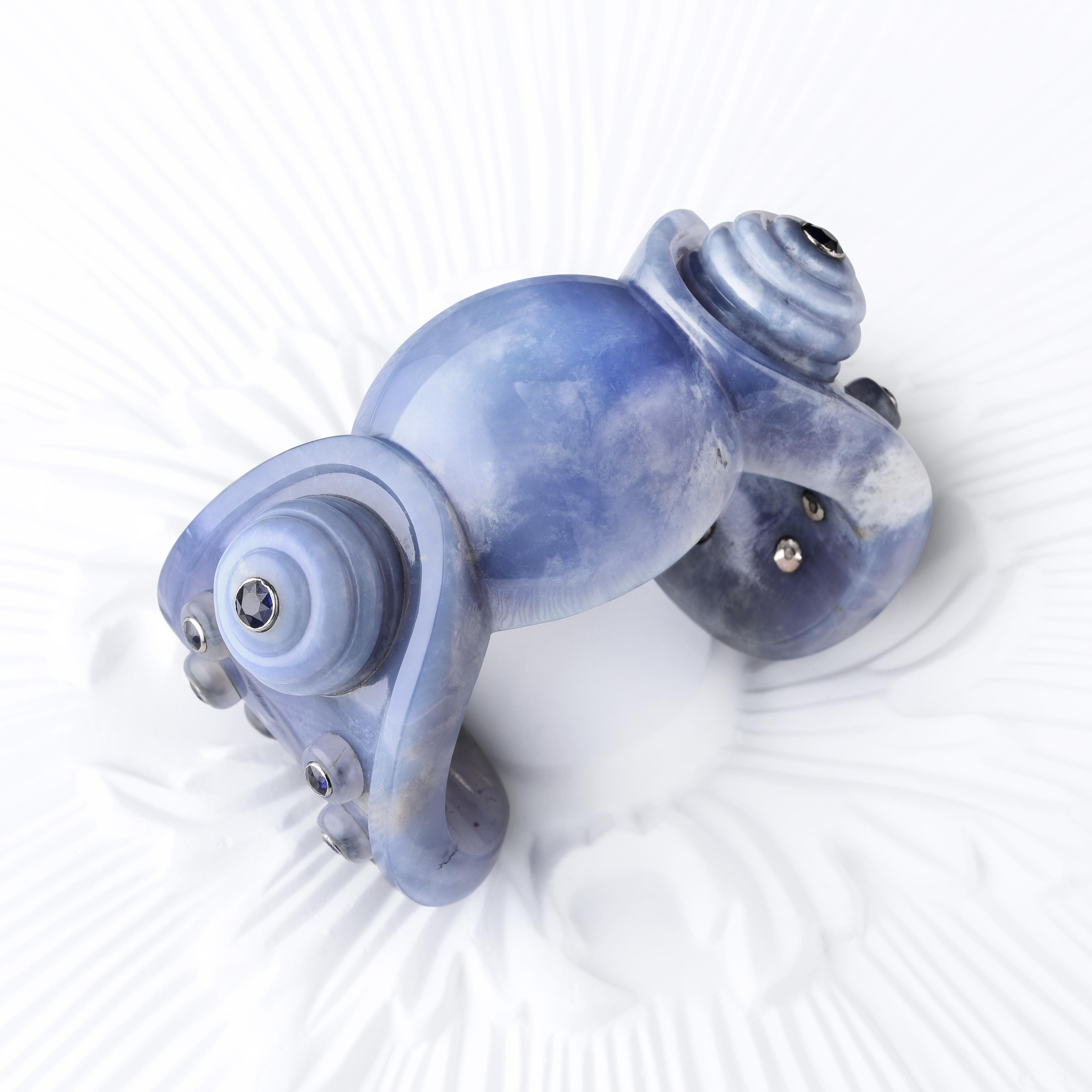 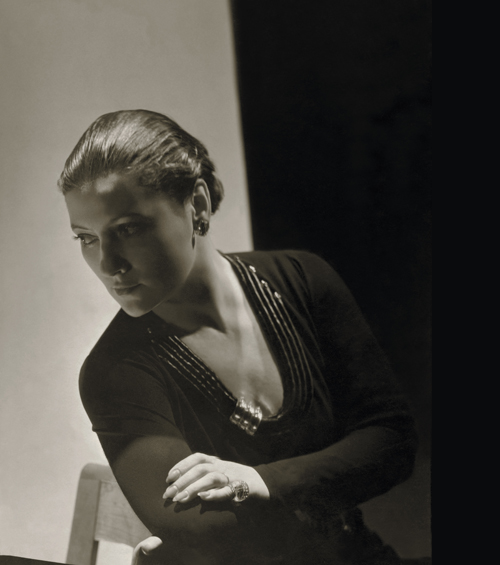 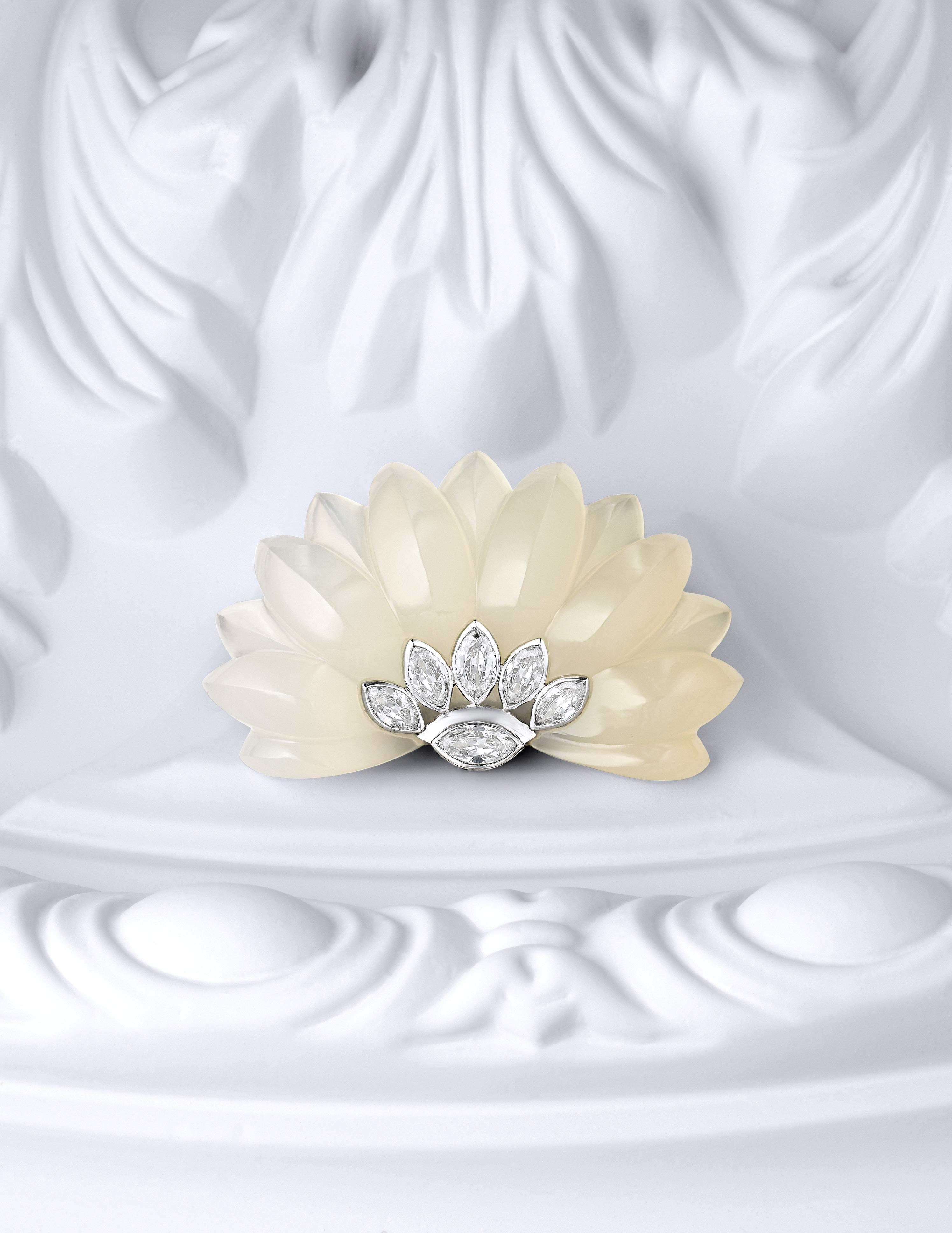 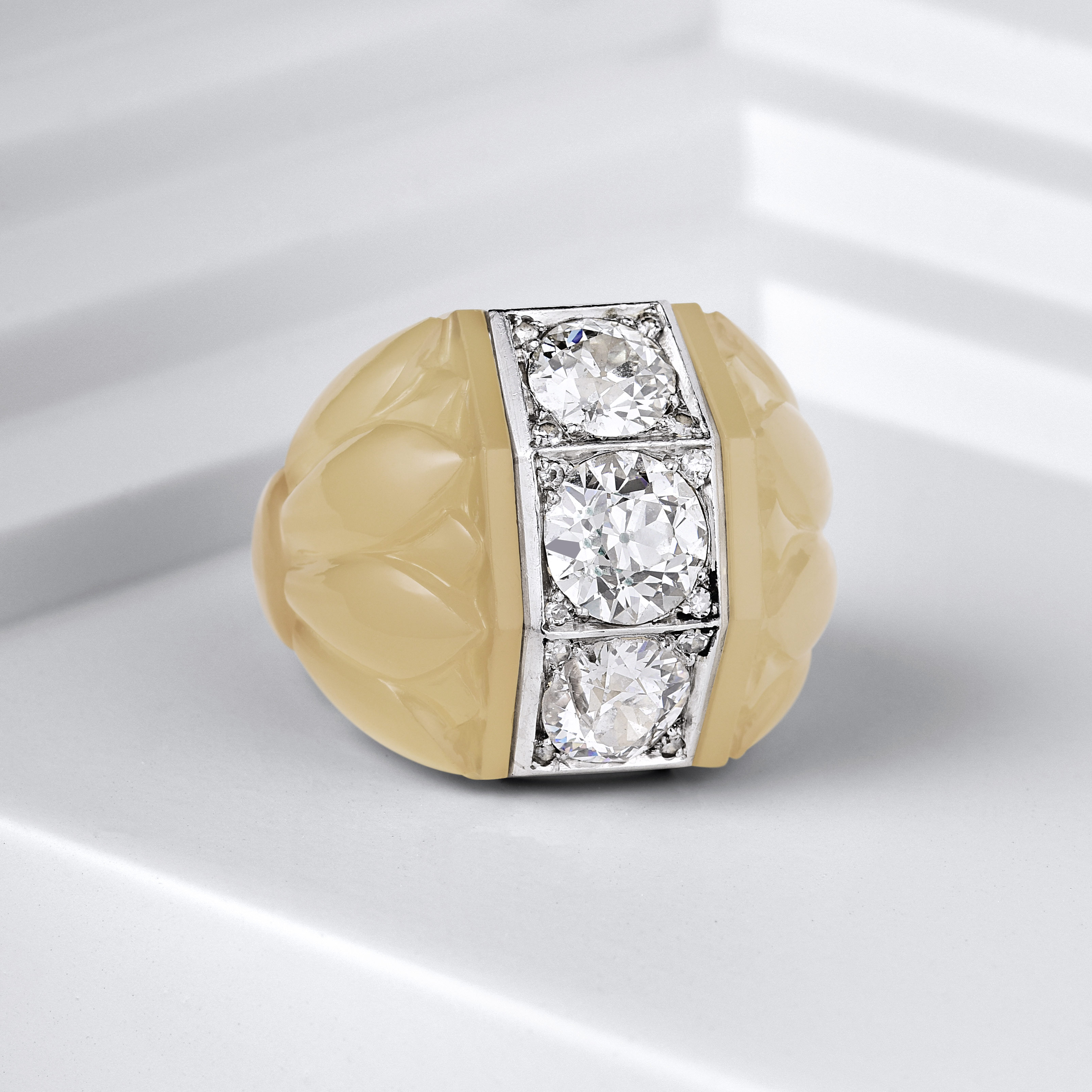 She began her career in Paris in 1919 as a draftswoman for one of the leading firms at the time, Maison Boivin. Her talent was recognized quickly, and within four years she was the lead designer. While she created countless designs in the popular Art Deco style, she quickly grew tired of the rigid aesthetic and began experimenting in a more organic style, assimilating natural forms and motifs. In 1932 she left Boivin to join Bernard Herz, a prominent dealer in gemstones and pearl. Herz recognized her virtuosity and skill, and Belperron was given full artistic freedom to design in his name.

“There’s no one else like her.” – Karl Lagerfeld, Avid Belperron Collector

This partnership put forth a daring new look for jewelry that was stunningly modern. Finding inspiration in a wide range of cultures—African, Cambodian, Celtic, Egyptian and Indian—her designs incorporated an unconventional use of materials and techniques including carved gemstones displaying bold and sensual silhouettes, now an unmistakable mark of her production. 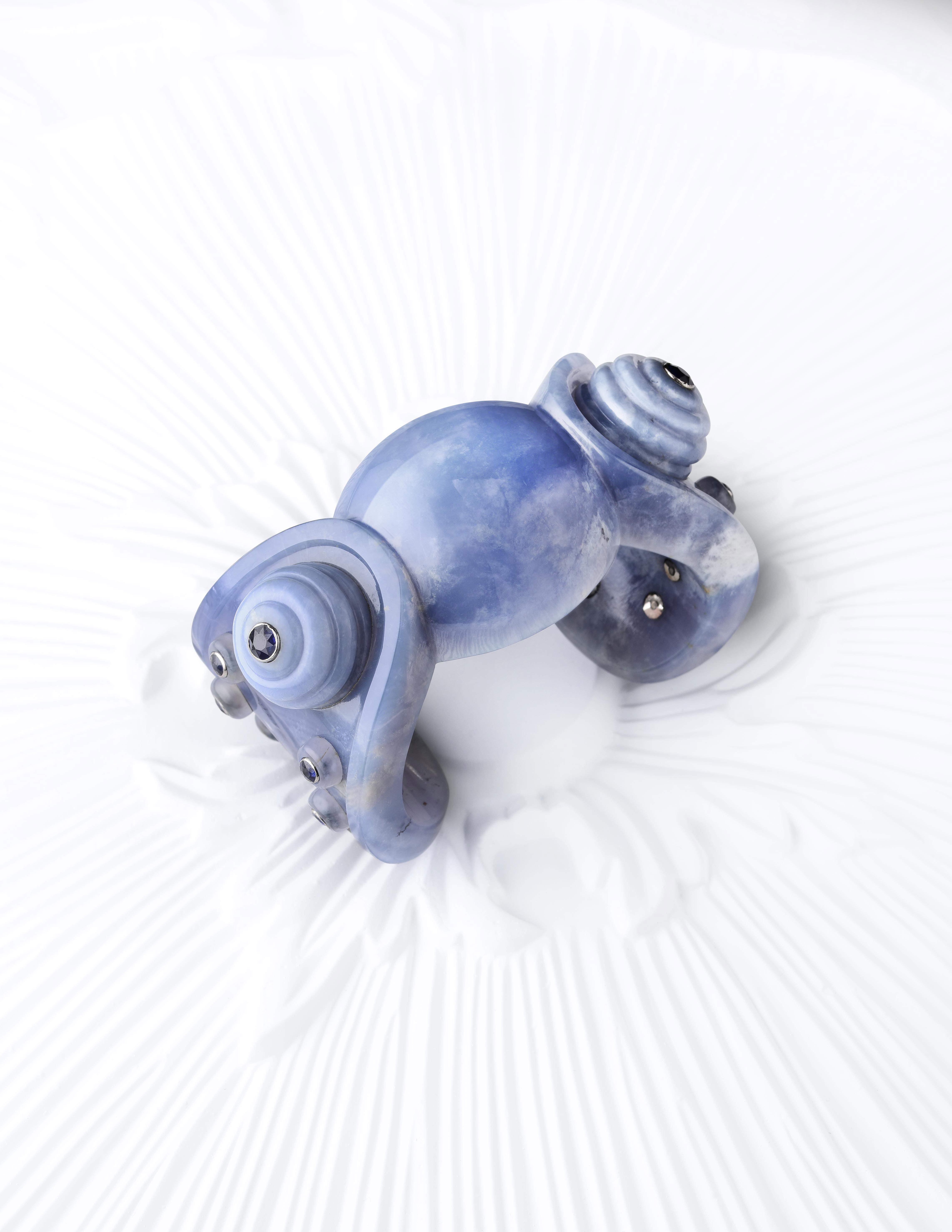 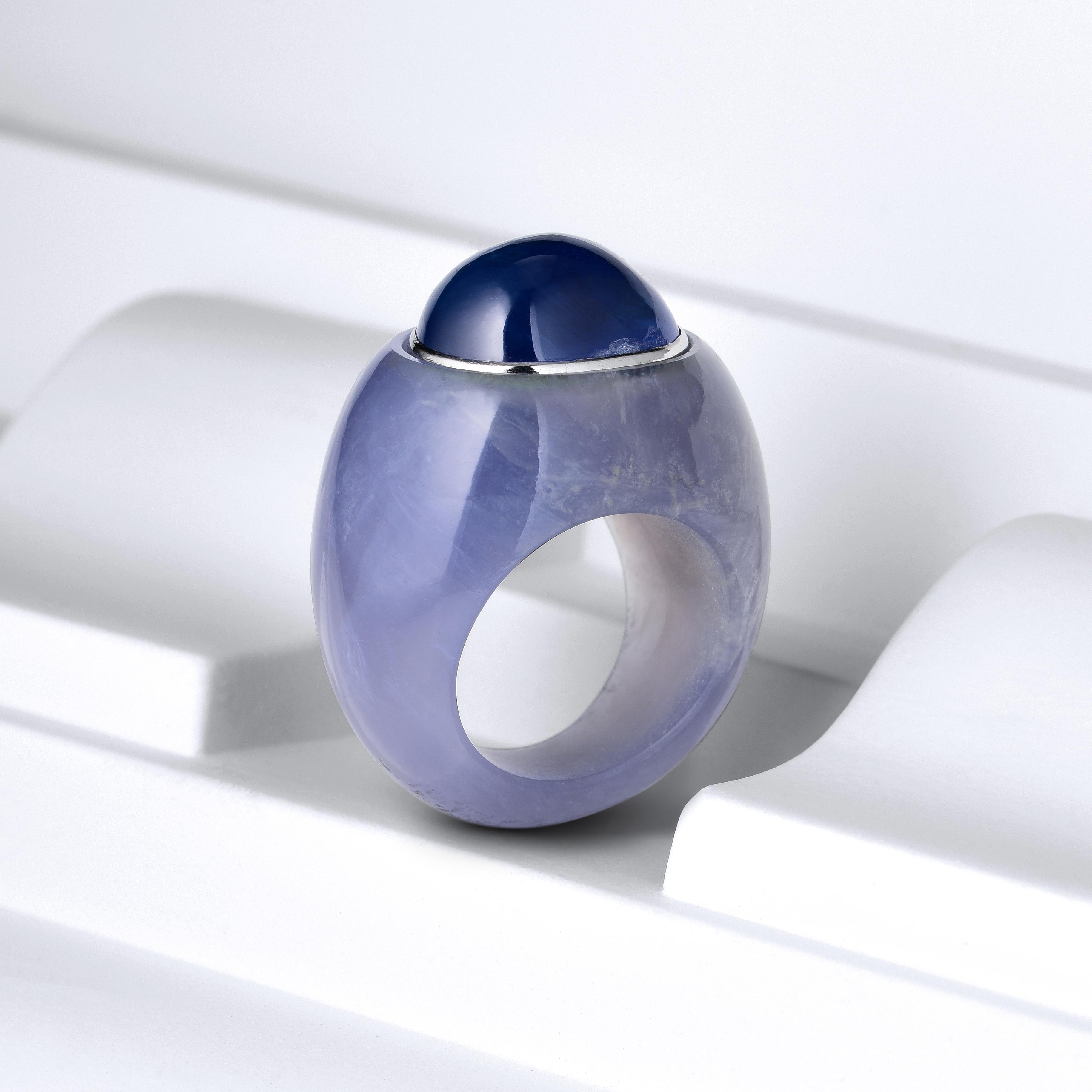 Close friend and fellow jewelry designer, Christopher Walling, holds fond memories of the time he spent with Belperron. As a woman of extreme aesthetic sensitivity, everything from her home décor to her hair color was impeccably thought out. Her house was filled with an elegant mélange, from contemporary French furniture to pre-Columbian art and Tang Dynasty horses. When commenting on her personal style, Walling recalls that the same care was taken, “It was always white with pearls, or white with diamonds. Green with emeralds; blue with sapphires. And it may not sound like it would work, but it did. And it was extraordinary […] It wasn’t frivolous; it was a continuation of her art.” 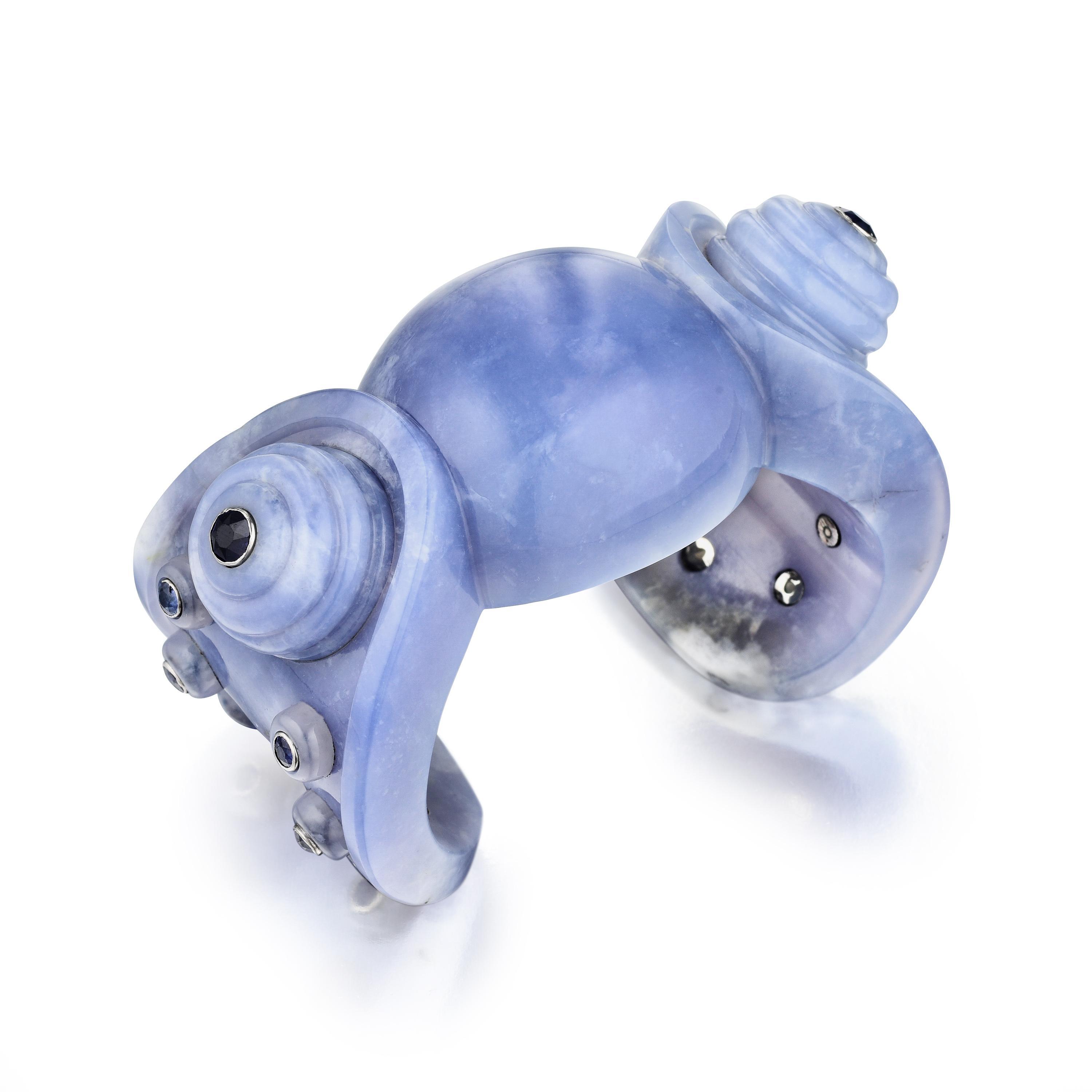 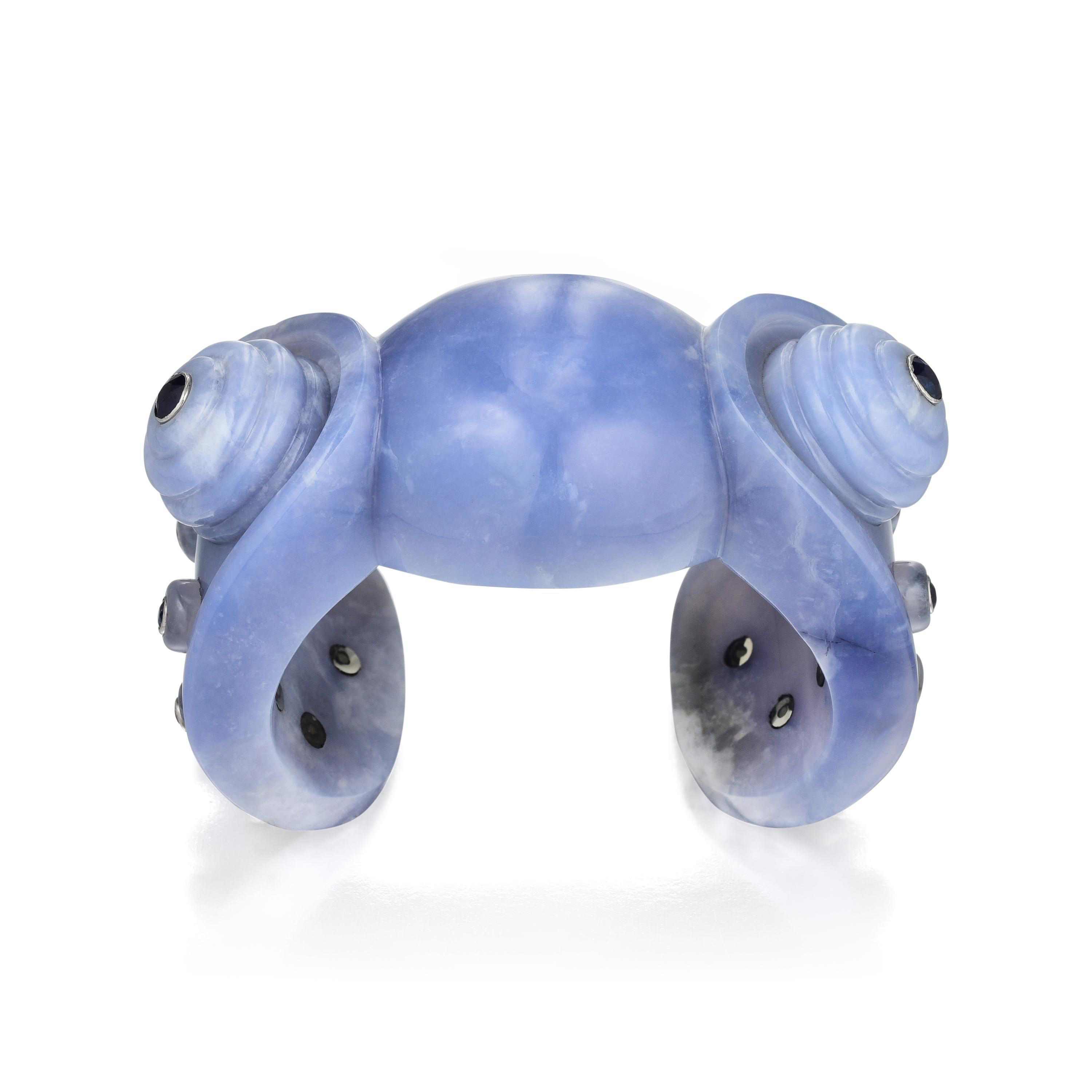 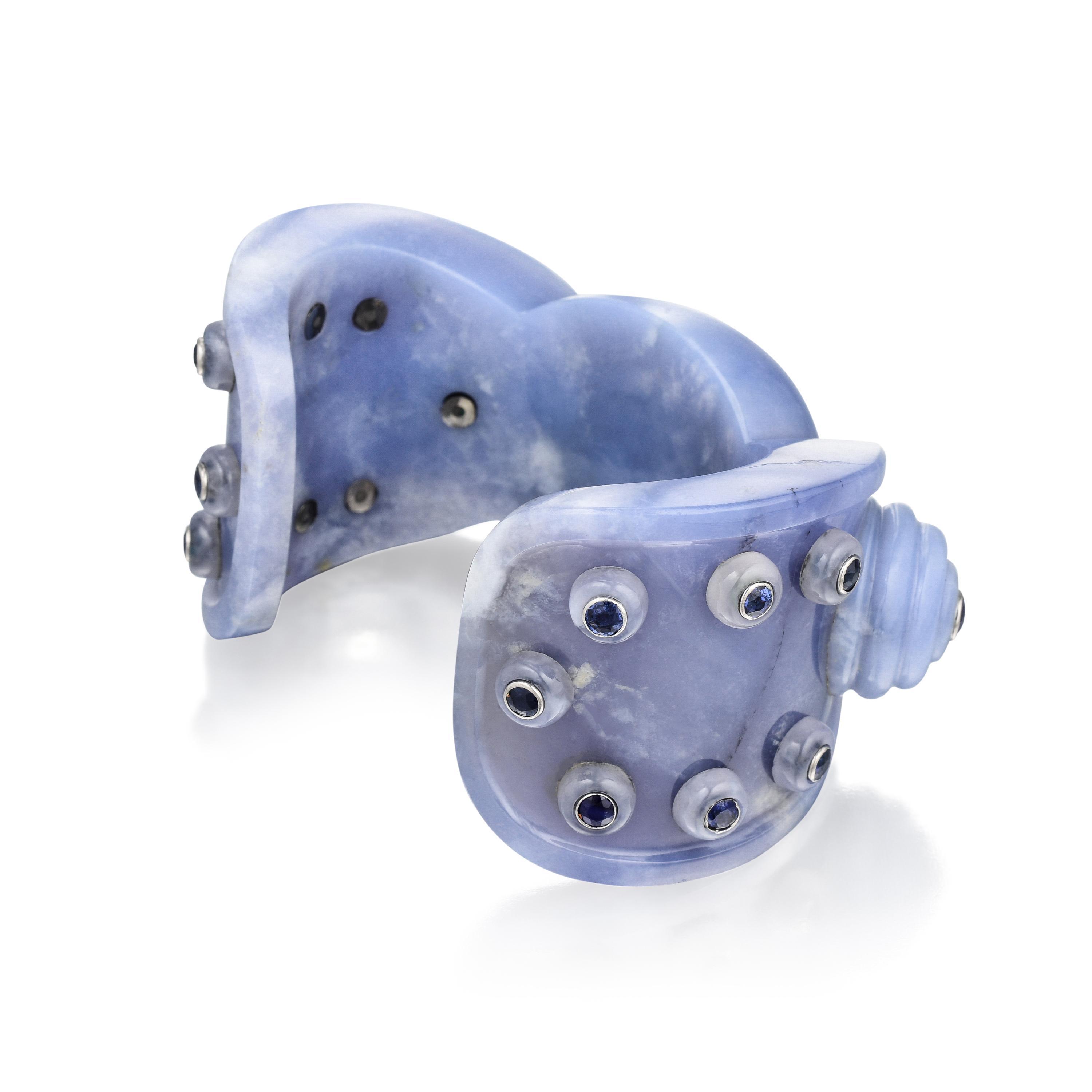 While Belperron’s designs caught the eye of countless European nobility and jewelry connoisseurs alike, their relative scarcity due to their unique nature and limited production has led many of her works to remain hidden from the public. It is estimated that Belperron only made between 3,000 and 5,000 jewels in her lifetime. On the rare occasions when her jewels surface publicly, collectors around the world clamor with excitement.

As the highlight of the magnificent private jewelry collection from The Estate of Bo Legendre, Fortuna was honored to have sold some of the rarest treasures designed by the hand of Suzanne Belperron.