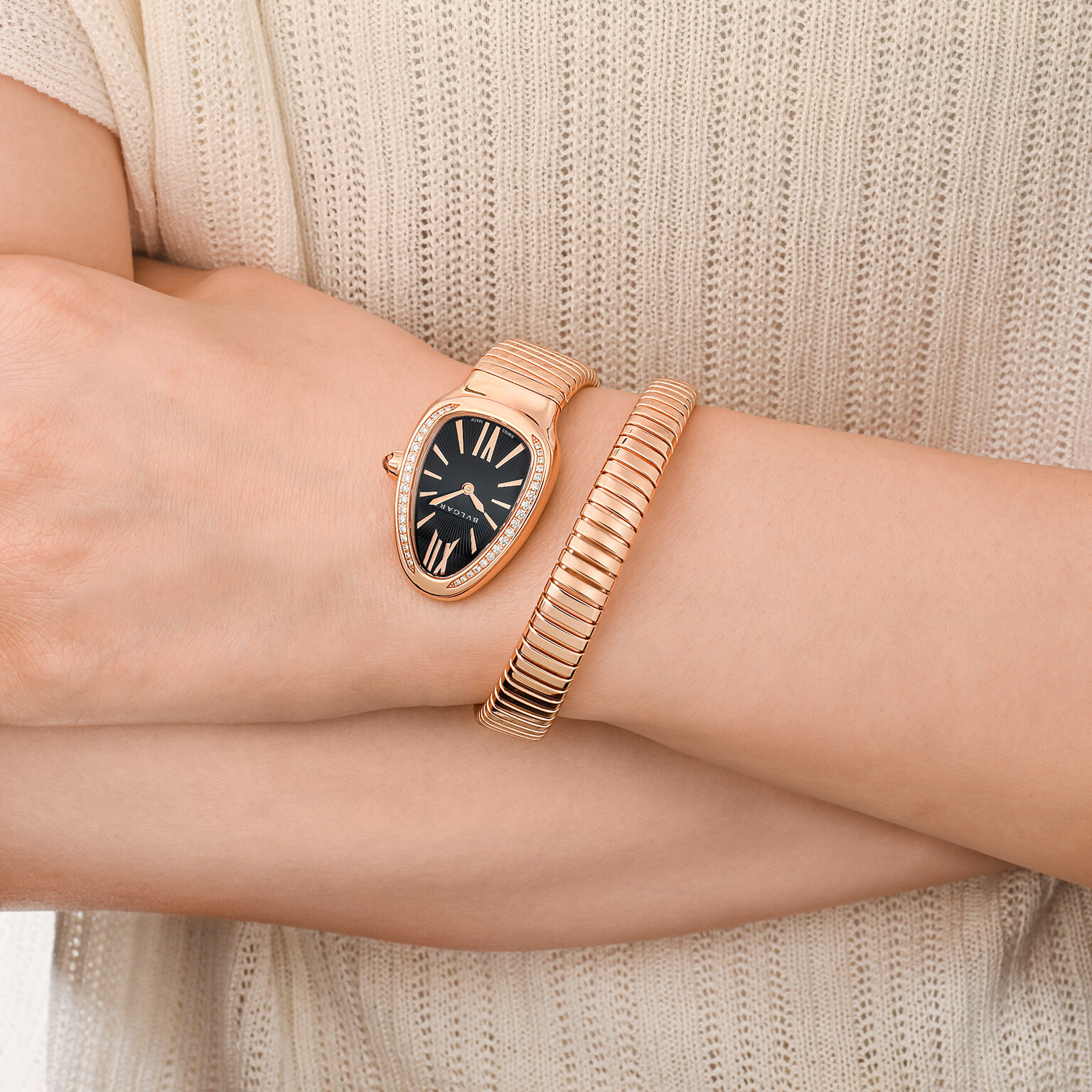 FORTUNA® has always enjoyed the fortune of offering extraordinary jewelry pieces from the historic makers. For our August Jewels & Watches auction, we are excited to present multiple iconic pieces by Bulgari, the renowned luxury Italian jeweler. To commemorate the long history and successes of the brand, we decided to dive deep into its past and highlight some of their more celebrated designs.

Bulgari was founded in Rome in 1884 by the talented Greek silversmith Sotirios Georgis Boulgaris; his name was later Italianised to Sotirio Bulgari. In its early years, Bulgari was known for silver pieces that borrowed elements from Byzantine and Islamic art, combining them with floral motifs. Having latched onto jewelry style trends emanating from Paris, Bulgari continued to follow the lead of what was then the world’s jewelry capital throughout the first half of the century.

When Sotirio passed away in 1932, his two sons, Giorgio and Costantino—who each had a keen interest in precious stones and jewels—took over the business. The brothers undertook an extravagant remodeling of both the interior and the exterior of the Via Condotti store and formally changed the company logo to “BVLGARI,” an application of the traditional Roman alphabet.

As the 1940s came to a close, Bulgari introduced the Serpenti bracelet-watches, which were constructed using a technique called Tubogas. Tubogas literally translates to “gas pipe,” and is the descriptive name given to a type of chain formed from a pair of interlocking long gold strips wrapped tightly together. The core is then removed, making the now hollow piece remarkably flexible and lightweight. The edges interlock, requiring no soldering. While Bulgari’s first example was made in 1948, it took another 15 years before its goldsmiths fully mastered the technique, and made it one of the brand’s iconic designs. Even without the recognizable Tubogas look, the Italian jeweler has often incorporated flexible bands in many of their works, such as these vintage Bulgari accessories.

Enamored by ancient legends of the snake, a symbol of rebirth and vitality, Bulgari has reimagined its famous serpent in countless designs. Pictured below, LVCEA’s gleaming band also takes inspiration from Serpenti, with each interlocking element mimicking a reptilian scale. The LVCEA diamond encrusted ladies watch in 18K white gold achieved $11,250 in our August Jewels & Watches auction.

Bulgari, always ahead of the curve, also began creating matching sets of jewelry and selling them as separate pieces. The Italian jeweler recognized the modern woman’s desire to decide whether she wanted to mix and match, giving her countless combinations to create different looks. These vintage Bulgari pieces from FORTUNA®’s August Jewels & Watches sale are sold separately but would be tremendously chic when worn together. By selling the accessories separately, Bulgari gave women the opportunity to accumulate the matching designs over time and added to the excitement of the jewelry shopping experience.

Bulgari is probably most well-known for coining the concept of modular design, using bold and recognizable designs with clean shapes. These designs are devoid of excessive ornamentation and are instead composed of interlocking elements that can adapt easily to different sizes by simply removing or adding components. The most famous example of modular designs can be found in the Parentesi collection.

The Bulgari Parentesi was introduced in the 1980s, and were an instant hit amongst modern women who sought jewels that were appropriate for both daytime and evening occasions. The modular Parentesi designs were widely inspired by the ancient city of Rome, where Bulgari is headquartered. The details found in Roman pavements and the travertine junctions used to link the stone blocks all incorporate the parenthesis-like shape from which the collection gets its name.

Bulgari has derived inspiration from the Eternal City in more than one fashion. The cupolas of the Roman landscape were able to grace their way onto women’s fingers in the form of bold colored gemstones with a smooth, domed cut—known as “cabochon.” Perhaps the most famous use of the cabochon by Bulgari is the Trombino ring—famously worn by Elizabeth Taylor.

Like any innovative jeweler, the brand is constantly updating its designs and seeking out new inspirations. Bulgari has since come out with more rings that resemble the imposing design of the Trombino. The Bulgari Pink Tourmaline and Diamond Ring, pictured above, is set with a large cabochon pink tourmaline, standing proudly above round brilliant cut diamonds. The use of stones for their impact, rather than the intrinsic value of the gem, was a huge departure from the classical Parisian design that dominated the time and distinguished Bulgari as an inimitable creator in the jewelry industry.

Bulgari has never been afraid to make bold statements with their designs and they have faithfully brought back past designs in fresh ways. The brand has not only maintained relevance but continues to lead the jewelry industry, no less than 130 years since its inception.