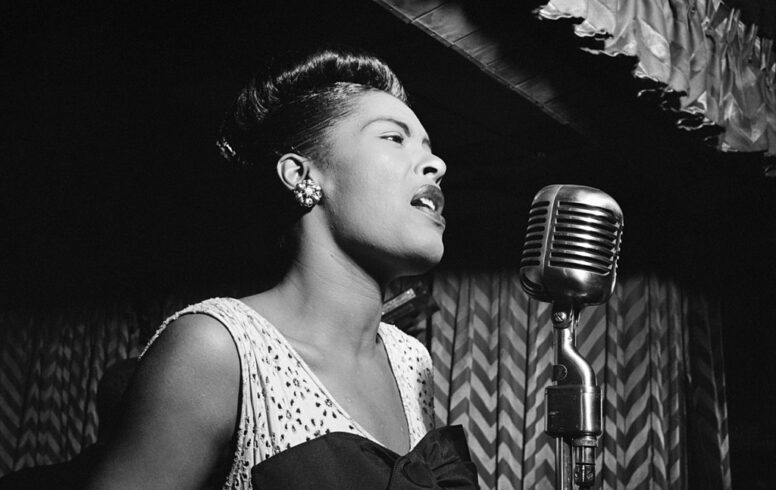 Fortuna is excited to auction a piece of American music history in our July Jewels & Watches sale—a dress watch owned by none other, than Billie Holiday. The Art Deco diamond-covered watch is set on a platinum bracelet with a silvered dial with Arabic numerals, and promises to be one of the most coveted pieces from our exciting sale.

Billie Holiday was one of the greats, her contributions to jazz and swing music are as important vocally as they are socially. Billie, born Eleanora Fagan, had all the odds stacked against her since childhood. Born as the illegitimate child of two African American teens in Philadelphia in 1915, Billie would fight off every adversity imaginable. Her father left her and her mother when she was very young to pursue a career in jazz, so she was left to be raised by her mother and grandmother. Billie was moved to Harlem, New York at just 14 where her mother worked in a brothel, and Billie suffered as a victim of sex trafficking. Both she and her mother were subsequently sent to prison.

Upon her release, Billie began singing in Harlem nightclubs under the pseudonym Billie Holiday, taking her name from the actress Billie Dove, and Clarence Holiday, her presumed father. Billie’s life was enshrouded by a cloud of mystery and even today, long after her death, much is wondered about the acclaimed singer. Just as we have never been able to confirm her paternity, we cannot confirm some of her closest relations. Her watch seems to be gifted by a benefactor or patron to her career, and although it is engraved with “To Billie From David 1938,” nothing is known of her relationship with this David. But what is clear is that he knew Billie at a pivotal time in the singer’s life.

“Lady Day is unquestionably the most important influence on American popular singing in the last 20 years.”

Just one year later, Billie recorded the song “Strange Fruit,” one of the most moving and haunting songs of our time. Originally a poem about the horrors of lynchings in the American South, the song was brought to life with Billie’s emotive voice. Billie debuted the song at the historic, Café Society, the first truly integrated nightclub in the country, where black and white guests were treated equally, no matter who the performer. And it was quite possibly the only popular venue in America in which the song could be performed and sympathized with. As the song became a feature of Billie’s performances nationwide, it placed Billie and its creators in the crosshairs of the Federal Government. And despite being banned from multiple radio stations and even refused by Holiday’s label, Columbia Records, Billie Holiday’s delivery of “Strange Fruit” captured the American people and forced them to confront the reality of racism against Black folks.

The song remains as prevalent as ever today, being played at Black Lives Matter protests around the country and being sampled on a Kanye West’s track, “Blood on the Leaves.” Three-time Grammy-nominated artist, Betty LaVette released a cover of the song last month citing the current focus on racial tensions. And just last week, Paramount won the rights to the film “The United States vs. Billie Holiday,” what promises to be a blockbuster biopic on the singer’s life.

At first sight, this watch may be simply a beautiful piece of jewelry, masterfully crafted. Yet, it symbolizes so much more. Billie wore this watch at the height of her career and during America’s Jim Crow era. It was no easy feat for an African American woman born into poverty at the beginning of the twentieth century to find herself wearing a diamond watch as an adult. But unfortunately, the glamour and riches that Billie enjoyed as a singer was fleeting. While on stage, Billie was doused in diamonds, yet she died with mere pennies in her bank account—highlighting the discrepancies in fortune available to African American women in show business at the time.

However, Holiday left more behind than her meager estate; she left a legacy of talent and gumption that few singers that followed could match. Her accomplishments were not just made in spite of racial biases but by fighting them head-on. Billie was just as vocal about racial injustices off the stage as she was on, denouncing the death of her father to unequal treatment received in a hospital and the hypocrisy of being invited to sing in white nightclubs but never to dine in them.

Billie Holiday’s heart-rending voice in “Strange Fruit” has became the battle cry for racial equality and its impact has reverberated in the decades following. For her admirers who cherish not only what Billie Holiday has done for music and jazz, but also her stand against racial inequality, her diamond watch will be a true treasure, commemorating an era of American history—tarnished by civil injustices and full of boundaries being freshly broken.