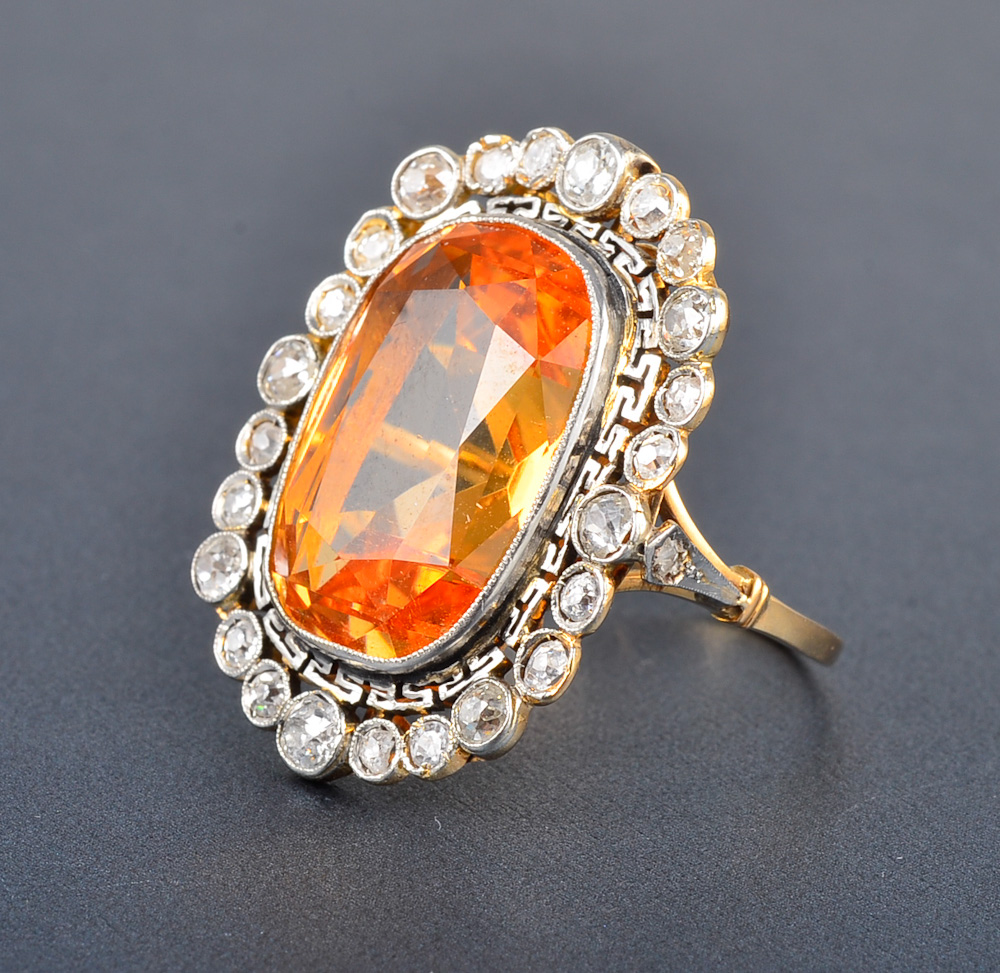 Behind the November Birthstone

Each month of the year has a birthstone that carries special significance. Some months, like November, are associated with two gemstones.

What Is November’s Birthstone?

November is a month with two birthstones — the traditional November birthstone is topaz, while the modern gemstone for November is citrine.

Topaz is a gorgeous gem that comes in an array of colors. Golden or yellow topaz is most often associated with its status as a November birthstone, but other topaz colors include blue, pink, violet, orange and colorless. Topaz has a hardness of 8 but poor toughness, which means these gemstones require careful cleaning and handling.

Citrine is the modern November birthstone. This gem comes in warm shades ranging from transparent yellow to a deep, orangey-brown similar to golden topaz. While citrine is slightly lower on the Mohs hardness scale than topaz, it has greater durability, making it more practical for everyday wear. Citrine is often easier to acquire and more affordable than topaz, qualities which have fueled its popularity as a November birthstone over the last several decades.

The Origins of Topaz and Citrine

Topaz is commonly found in Brazil, Pakistan, Namibia, Nigeria, Madagascar and parts of Russia. Historically, the gem has been popular among royalty, including the Russian monarchy, which mined the rare, golden-pink imperial topaz in the Ural Mountains. Ancient Greeks and Medieval Europeans believed topaz had special properties of strength and wisdom.

Citrine has also been popular since antiquity and has a long history of being mistaken for golden topaz. Citrine is found all over the world, but top sources for this gemstone include Bolivia, Spain, Madagascar, Mexico and Uruguay. Many modern citrines are heat-treated amethysts from Brazil.

What Do the November Birthstones Mean?

For centuries, people have associated birthstones with particular qualities and characteristics, and November’s gemstones are no exception. Topaz was important to ancient Greeks, Europeans during the Renaissance and Hindus in India for hundreds of years. Many cultures believed topaz provided strength, dispelled anger and ensured wisdom and beauty. During the Middle Ages, some people thought topaz could thwart magic spells. Topaz is also connected to health, healing and long life.

Similarly, cultures around the world believed citrine could soothe tempers and promote calm. From the ancient Egyptians, Greeks and Romans to Scots during the Victorian Era, citrine has been a popular jewelry choice for centuries.

Are Topaz and Citrine Valuable?

The value of November’s birthstones depends on a number of factors including color, size, condition and origins. In recent decades, the market has seen an increase in heat-treated topazes and citrines, which has made both gemstones more abundant and affordable. Famous pieces of topaz jewelry are highly valuable due to their hue, history and natural origins.