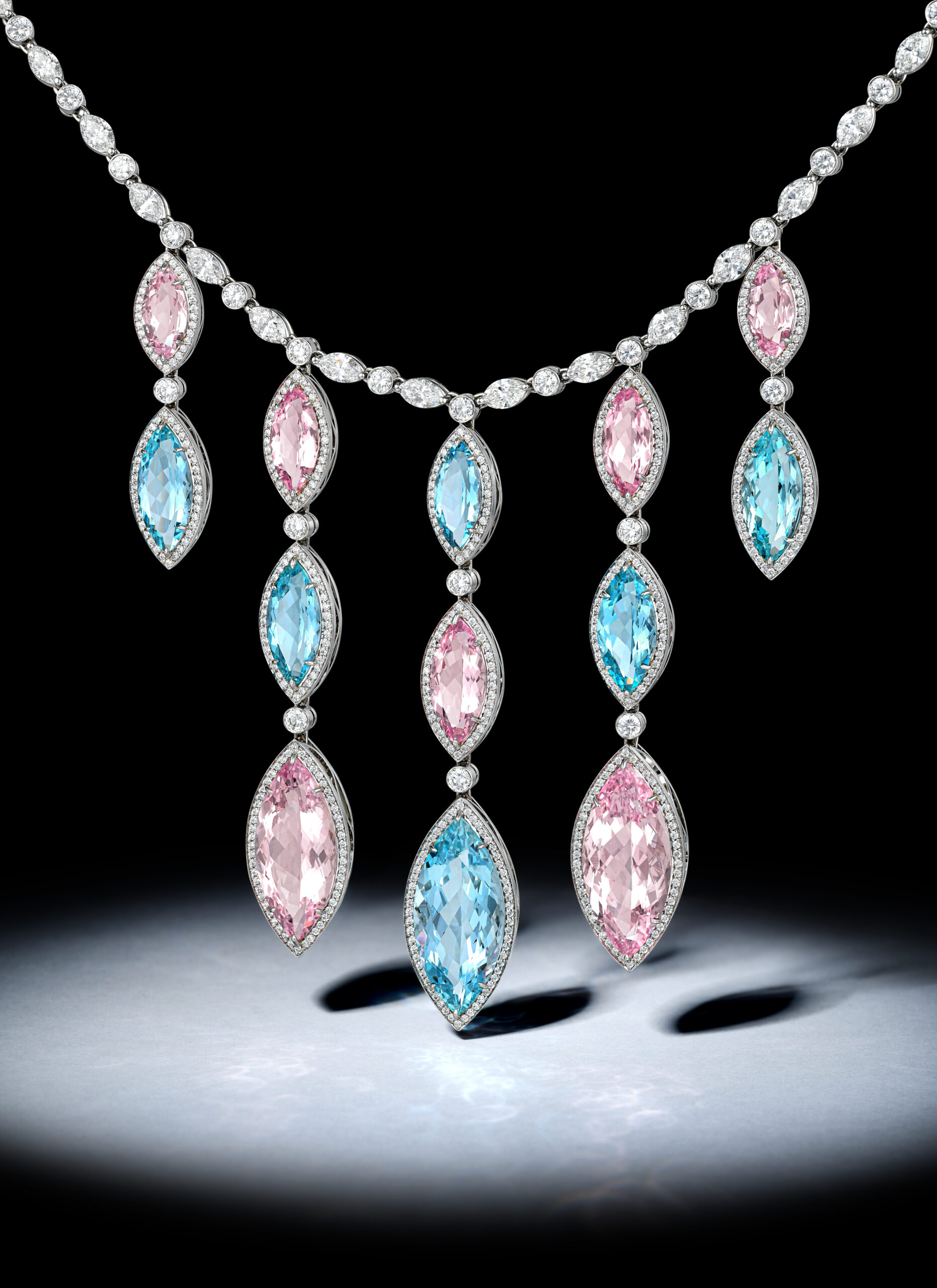 Behind the March Birthstone

Birthstones play a significant role in people’s lives. Many people attribute good health, wealth and security to the gemstones they wear or use. Each month has at least one associated gem known as a birthstone. Read on to learn about March’s most popular birthstone.

What Is the Birthstone for March?

Aquamarine is the birthstone for March. This gemstone got its name because its bright blue color resembles clear ocean water. The name “aquamarine” comes from the Latin word for seawater, “aquamarina.”

Aquamarine is a part of the beryl mineral family, along with emerald and heliodor. Beryl gems are often flawless and transparent. This blue or cyan gemstone forms in igneous rocks and grows in giant six-sided crystals that can reach a foot in length. The gems can grow to impressive sizes, then be cut down and polished to resemble clean-cut stones.

When Did Aquamarine First Appear?

The first documented discovery of aquamarine was made in 1723 in the Siberian mountains. By the end of the 18th century, large deposits of aquamarine were exported from Russia and shipped to Europe.

Today, aquamarine primarily comes from Brazil. You can also find this gemstone in Nigeria, Pakistan, Zambia, Mozambique and Madagascar.

Does Aquamarine Have a Meaning?

There are many meanings and symbols associated with aquamarine. In ancient times, the Greeks and Romans thought of aquamarine as the sailor’s gem. They believed this blue gem would protect sailors during storms while traveling across the ocean. Ancient cultures also thought aquamarine was a token of love between married couples. Now, it’s the official gemstone to celebrate a 19th wedding anniversary.

Aquamarine also symbolizes happiness and everlasting youth in the Sumerian, Egyptian and Hebrew cultures. Many people believe that aquamarine has physical and mental healing powers. Modern believers think that the gemstone helps with fluid retention, glandular disorders and maintaining eye health. It’s also thought that aquamarine has calming, soothing and cleansing powers, making it an ideal gemstone for meditation.

Aquamarine is a semi-precious stone, making it an affordable gem. Light blue stones are abundant, which makes lighter varieties of the stone inexpensive. However, there are instances when aquamarine is more valuable. Rich, dark blue aquamarine is rare, so gems of those shades are highly valuable and more expensive.

One of the most famous pieces of aquamarine is the crystal Eleanor Roosevelt received as a gift from the Brazillian government in 1936. It weighs 1,298 carats and is the second-largest cut of aquamarine.

Other famous aquamarine gemstones include the British Queen Elizabeth’s aquamarine tiara that matches her aquamarine necklace and earrings. Another member of the royal family also has an aquamarine piece of jewelry. Prince Harry gave his late mother Princess Diana’s aquamarine cocktail ring to his wife, Meghan Markle, as a gift.

Do you want to learn more about aquamarine jewelry? Fortuna Auction can help. We are the only global premier fine jewelry and watch auction house. Find out more information about gemstones and our upcoming monthly sales when you contact Fortuna today!